The recently deiscovered Kétlyukú-cave in Montenegro is the deepest cave yet, what has been explored by hungarians from the beginning. The 715m vertical deepness is respectable, but explorers say, it could be even more. The endpoint is scree, where water can flow in untrammelled, and the sea level is even 600m lower from that point…
For comparison, the deepest cave yet in Hungary is “only” 275m deep. In Hungary, partly because of the sizes of the mountains, huge caves, like thousand metres deep are impossible to exist. If not, but about the geological makings it is possible that much deeper caves still exist but yet undiscovered.
For example, the Kis-kőháti cave‘s entrance is 915m above sea level, but karstwater level is 450m lower. The cave has been explored to 117m depth yet. 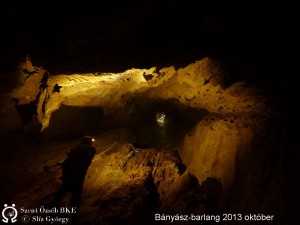 Hungary’s deepest cave yet, the Bányász-cave is in Bükk andes

It is also possible, that 200m depth caves in the budai-andes still exist. For example, if it would be possible to find a passage from the Molnár-János cave (which goes 100m under karstwater level) to the József-hegyi, then we would get a 225m deep system.
Still another possibility, Királylaki-cave is 300m above sea level, and draughts strongly, as a lower entrance. So there is possibly another end, somewhere much higher, or more, smaller entrances some higher. But reputely active thermal water spring still exist at the foot of the mountain, so there are other possible ways to discover. 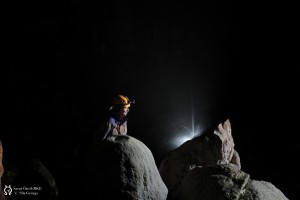 Also, Szent-Özséb cave is a potentional possibility of founding something bigger. Its entrance is 692m above sea level. In its birth, thermal water took a huge part, so it also could head down to the level of Vacska-cave’s deep endpoint, which means, it would be 365m deep, which would finally cross the 300m-barrier in Hungary.
Cave Vacska’s endpoint syphon is the deepest known in that mountain but not in the whole area. In 2011, András Kocsis explored first the NO.2 sinkhole of Szurdok-valley, which has an entrance 30m lower than Vacska’s last syphon. By the way, it only HAD that entrance, because a flood in 2014 september has filled it in. Its endpoint was 80m from the entrance which means a more impressive 460m difference compared to Szent Özséb cave’s entrance. Youtube video: NO.2 sinkhole-cave of Szurdok-valley

Even if the two caves are roughly 5km distance from each other, geologysts say that karstwater level is not much higher than Danube river, which is about 500m difference from Szent Özséb cave’s entrance.
Of course, there is another huge difference between discoverying in Montenegro, and in Hungary. Compared to Montenegro, where you have to discover mainly clear sections, in Hungary you often have to dig your way down through ruin, rocks, mud, etc… 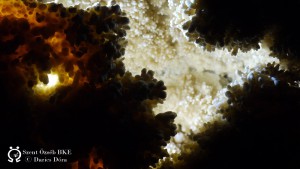 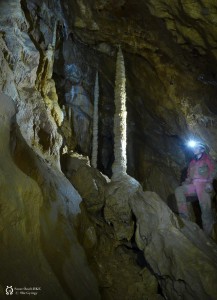