Side view of the cave polygon (surveyed by Richard Kovacs and Gyorgy Sliz; surveying commissioned by the Duna-Ipoly National Park)

The cave was discovered in 2003 by Gyorgy Sliz and two other members of the newly founded Szent Özséb Caving Group. The cave entrance was indicated by molten snow.
Only a 30-minute site inspection and two short excavation sessions / afternoons of digging were necessary for discovering the first two chambers.
The quick discovery provoked jealousy and has divided the Hungarian caver society.

Finding a cave with 20m high chambers in the Pilis karst was considered as a significant discovery that time. The 60m-depth was quickly reached. But after the first discoveries even with big efforts yielded only moderate results: some horizontal side-passages have been found (Csapolt Chamber 2005; Dörgő Chamber 2007). The breakthrough was in 2008 when the Pentenarium Passage was discovered. Thus the caver reached the depth of 82m and the total length of 700m.
In the following years caving activities were focused on the nearby Vacska Cave. First in 2012 was the Vastyuk passage discovered in the Özséb cave and with it the total length of the cave was extended by 100m. Since that there is regular exploration activity in the cave which resulted in several small (<10m) discoveries.

The cave was baptised after Blessed Eusebius of Esztergom (Boldog Özséb) the founder of the Order of Saint Paul the First Hermit (Szent Pál első remete szerzeteseinek rendje) /Paulini/. Özséb lived in the area of the cave without knowing about it; there wasn’t any sign of human activity inside of the cave when the cave was entered the first time by its discoverers. The title “saint” was “awarded” the cave as a sign of respect for Özseb.

The cave is characterised by a hydrothermal morphology. Typical is for the upper level the big chambers and the spherical cavities formed by the condensate of hot water. –As the thermal water slowly withdrew the steam has condensed at the relatively cold rock surface. The corrosive potential of unsaturated water formed the spherical cavities in the ceiling.

The hydrothermal speleogenesis and the high vertical position of the cave entrance (692 MSL; the highest cave entrance of Transdanubia) hypothesise a very old cave. – When the cave was formed the karstic water table covered the bedrock and since then the Szoplák mountain has risen a lot.

It is assumed that the cave witnessed several glacier periods since its formation and the cold wind blew through the (also assumed) open entrances. This chilly wind resulted in frost-fragmentation of the cave rock and explains the big debris piles everywhere. Since that a few young withe stalactites have formed – rather untypical for this cave; but ancient more crystallised (transparent to headlights) stalactites can be also found at the walls and in the debris too. 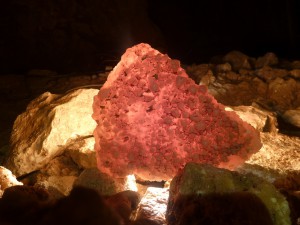 This cave has the biggest vertical (depth) potential in Hungary: The entrance is 570m above the karst water level and there is chance that passages reach that deep. Unfortunately neither bat markings nor significant draught are typical in the cave to give a clue for the explorations.

The relatively spectacular, spacious cave became quickly popular among cavers. Quite a few trips took place without permission of the NP/exploration licence holders. After the rigged ropes disappeared the cave was closed in 2005 by a massive door (with official permission at own expense). Later, fixed ladders have been installed in the entrance hall (also with official permission at own expense).

Currently the cave can be only visited with the exploring group. The entrance is locked. Cave trustee/holder: Duna-Ipoly National Park

The data record sheet of the cave is available at the official register. Link 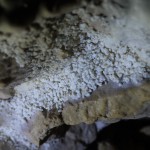 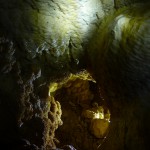 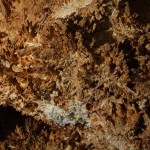 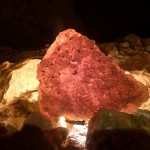 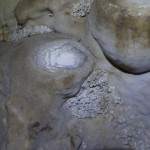 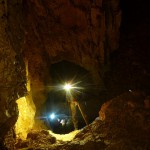 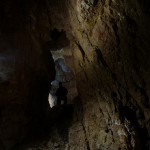