New day „new” cave… Although its exact location is currently not publical, the cave formed in a volcanic agglomerate – as it can be seen on the video below. 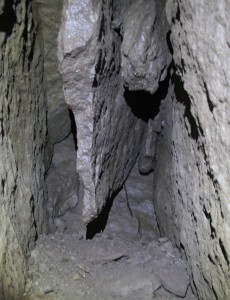 Surprisingly after getting in the entrance, a stone kept bouncing down for 4-5 seconds, with a noticeable slight echo, so the cave is possibly passable, it is time to get down there! So when some stone were pulled out, we were on our way down into the undiscovered…

After getting though a tight section, we noticed, that a huge, guillotin-like stone was holding us on the way down. The stone is relatively thin and is stuck in the passageway downwards. Then, on a debris-covere slope, a black sherd was lying.

Below the slope, we had to traverse down between the wall, and another, even bigger guillotine-stone… There is another slope, and the passageway downwards tightens, and is filled with debris. Another sherd is there, it is thicker, clearly not part of the previous one. Then, following the slope upwards a room can be found (Travizórium), and when traversing up there, we had found another two sherds. But this section is closed towards the surface level. Probably it was a open crevice in the past, that is how the sherds fell in.

The total length of the cave is about 30m, and the depth is 15m. In cold weather, strong draft was coming out of the entrance, but now, at summertime we were not able to find where did it exactly came from, because now it is sucking the air in, which is much harder to notice. 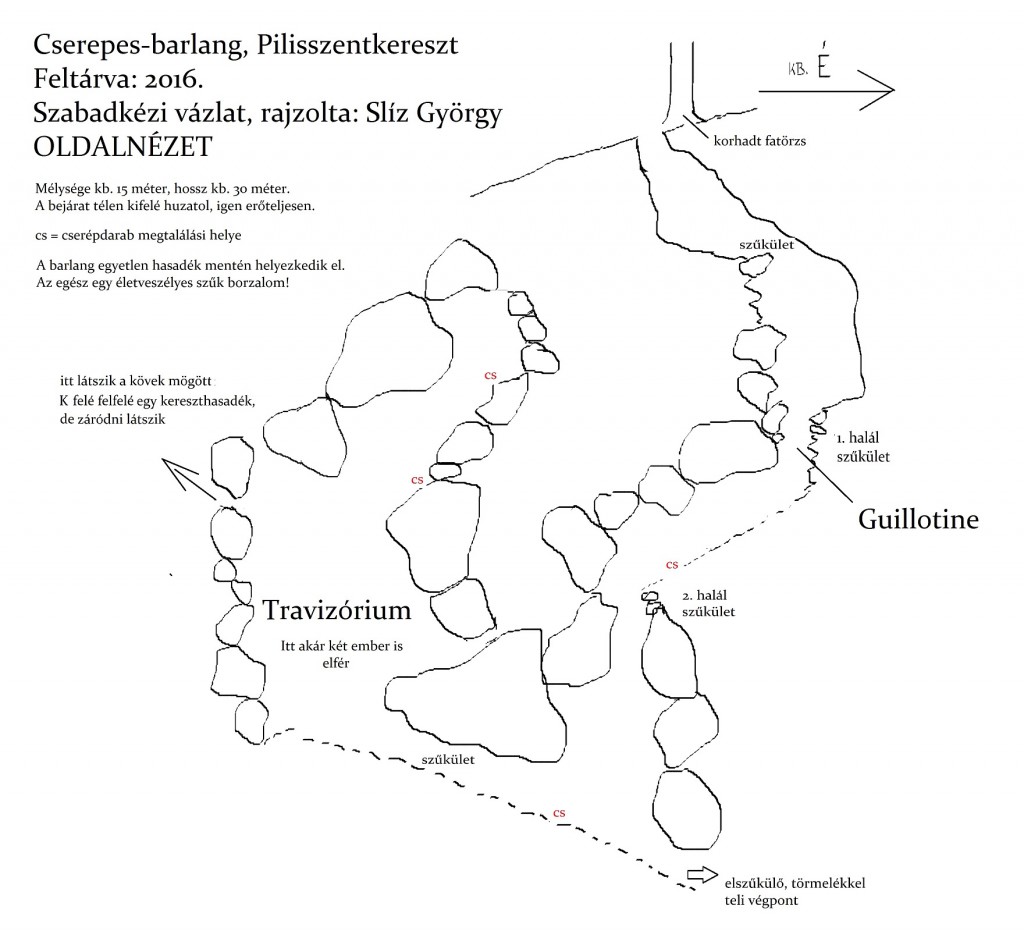 The cave, discovered in 2016, sideview sketch by György Slíz. The sherds’ positions are marked with “cs”.