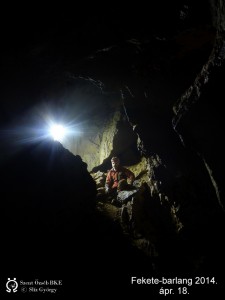 Thanks to our intensive research in Cave Fekete (=Black) more than 100 meter new parts were found in the second part of the year 2013.

– We climbed up in a new funnel at Mocsár Hall’s zone. A corridor covered with dripstones can be found at the top  of it.

-We got through the second syphon with huge struggle, after we found shortly the third one.

-At the zone of Ramszesz-hall we got further with hundreds meters.

We found again  200 hundred meter new parts in Cave Fekete because we were there for explore at 18-19 January 2014.

We started the search from the new parts which were discovered last year.The new passages lays under the surface at 80 meters depth.The beginner parts are spacious, after we can climb into bigger crevices. At some points you can find ruins, but very few dripstones. 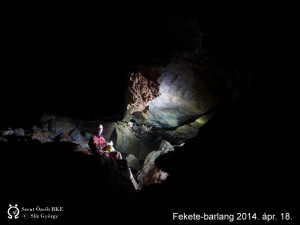