But it is still only 144 metres deep.

Hardly more than 3 months ago we released our book Discoveries under the ground, but now many information became outdated. The cave reached now 6150 metres length and 144 metres depth thanks to those explorations since last summer in which many other cavers were take part in.The group was leaded by Zsolt Polacsek.

This new part is only an 8 meters deep crevice at the bottom tha cave that we started to digging in spring (Szent Özséb Cave Researcher Association) as guests.We got deeper with 1,5 meters.After that members of Ariadne Karst and Cave Researcher Association continued and discovered that new crevice which was named by Zsolt Polacsek – with delicate irony- Everlast Friendship passage. 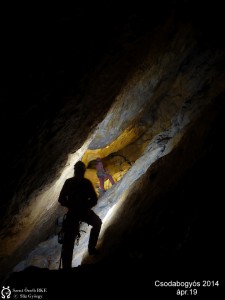 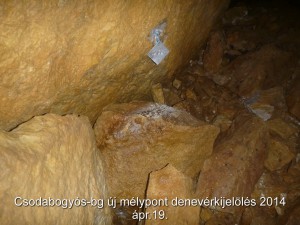 Here is the earlier endpoint before the digging. Take note of the indication by bats!