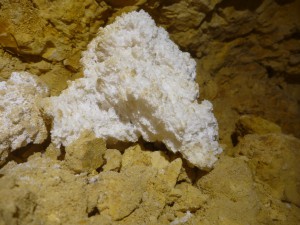 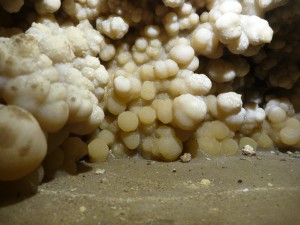 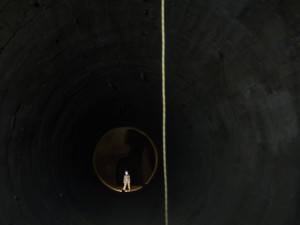 The entrance can be found at the Northeasthern slope of mount Hármas-határ, in the neighbourhood of cave Tábor-hegyi.

It was discovered and firstly opened by István Szenthe and others, but Ariadne association got the official permissions first for the researchment. (István Szenthe has never seen the cave discovered by himself, more about the story HERE.)

It is formed in flinty dolomite, which is a bit surprising, because usually larger rooms do not form in this kind of rock.

Typical formations in the cave are the pisolites, razor-thin calcite flakes, separate thin, pointed crystals, and stalagmites soluted by the condensed vapour.

At the endpoint, very strong draft can be felt, but passing through the endpoint could be done only by destroying various crystal formations in a tight section.

Some parts of the cave are metro-like tunnels, as that section was used for an experimental gas-container, and the cave was only discovered later.

The cave is currently enclosed, a permission from DINPI is needed to enter.