Breakthrough in the new crystal cave 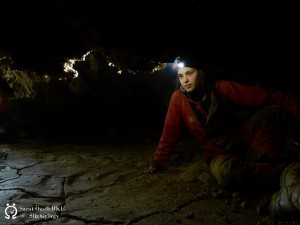 It did not take long before the discoveries continued in our “new crystal cave“. We’ll reveal the cave’s name soon.

We started digging  at the end point following the air draft and bat markings. The passage was almost filled with clay and sand, and it was not obvious where to go, but some kid of small animals trail showed us the way. 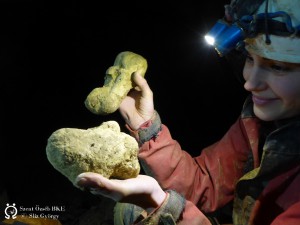 We digged out potato like hard pieces of clay, with similar material as the surroundings. We do not know how these were made, but we named the new section “Potato branch”

The gap just wouldn’t get any wider, it was between 2-30cm wide. Luckily the clay was loose, so we could move fast. In a day we digged around 1000 bucket of clay, made a six meters passage. Finally around 10PM we broke in the next section. 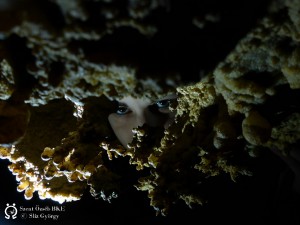 We discovered a room smaller than the All Saints’ room, with nice flowstones, and pisolites. The draft and animal tracks showed us the way forward. The tracks were not made by bats, we suppose they were the traks of some small mammal animal, like dormouse. 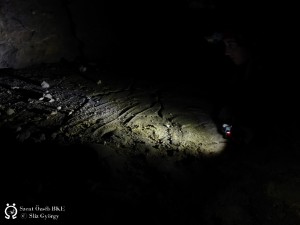 Ribs on the floor

On the cave floor there are some interesting rib-like formations.