Report of the Caves of Pilis Challenge

Report of the Caves of Pilis challenge 2015 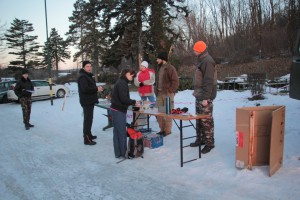 Szent Özséb Cave Researcher Association had organized this challenge for the 4th time, and we had already 216 participants in this year. It was less the last year because many challenger chose the Night Challenge at Börzsöny.
Other participants have combined our challenge with another short hike called „Kápolnák nyomában” (“In the trace of Chaples”)

In every single year we have to ask for the permmisions of the National Inspectorate for Environment and Nature and they give it us.But in this year we worried because we just got it on the penultimate day of the event.We didn’t get the permission to visit those caves which were crossed by the route.It would have taken much longer time to get the permission if we had asked for entering into the caves too.And last but not least we would have needed much more money.

We have created 20-, 30 km long routes in addition because these distances are popular among families and to people in average condition.

Here you can find the exact tracks and you can download them to your gps:

The start was at Szépjuhászné (Budaszentlőrinc) children’s railway station. And it finished at fisher’s lake of Házirét (Solymár) on the 20 km long route.On the 30 km long version the finish was at Cave Macska (nearby Csobánka) 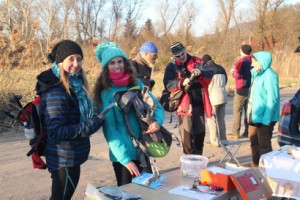 We were lucky with the weather. The only bad condition was the ice. Couple of days ago the snow melted and after the cold was freeze it into slippery ice.

Our aim was to represent the area’s (Pilis and Visegrád Mountains) geological and speleological values during hiking. 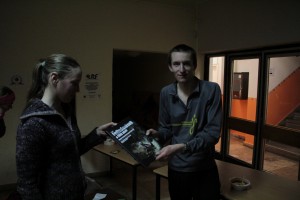 In your itiner you can find a short review of the caves in your route. 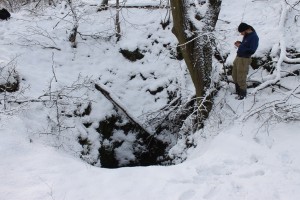