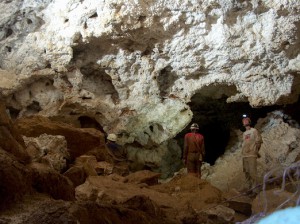 The entrance opens on the top of the Rózsadomb, 229m above sea level. Total length is about 6km.

It was found in 1985, while making a substructure for a building. At first only a small hole was noticeable, where warm air came from. Then the obturated first section was made passable, with the leadership of Péter Adamkó.

The cave can be found in limestone and marlstone, and was formed by thermal water activity, which is still present in the area in some deeper caves.

Mainly it is spacious with bigger rooms, with warious crystal formations, and is locked, for visiting it, a permission from DINPI is needed.

From the discovery to present Rózsadombi Kinizsi speleological team is researching it.